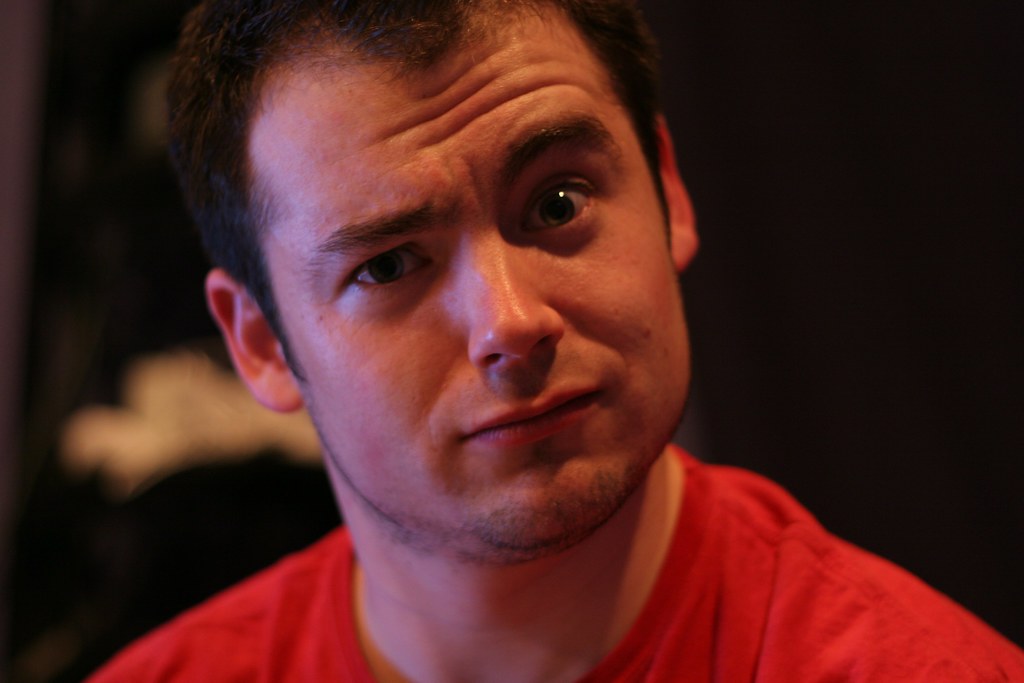 One evening I was sitting in Concert Choir class when I asked a question of my professor. His answer prompted my thinking face, which (without my knowledge) he took to be a look of discontent or annoyance. The next time he looked at me was when a neighboring singer had sung off-key. I thought his second look meant he was reprimanding me for my neighbor’s mistake. I returned his gaze with an expression of innocence mixed with denial. Throughout the rest of practice, my professor kept making eye contact and I kept responding with expressions of confusion.

At the end of the class, I dismissed the episode, thinking he had just been correcting me for a mistake I didn’t make and I was just going to let it go. Later, however, I discovered my professor thought he had said something that offended me, which, in his opinion, was why I kept responding to his eye contact. Every face I had made after that simply (from his perspective) confirmed my offense. When he started with the assumption that he had done so, everything afterward was seen through that lens. He read the signs, he connected the dots, he saw the obvious…and he came to the wrong conclusion.

This is the problem of perception. While my argument is not that everything perceived is wrong, I believe it is essential that we recognize that not everything we perceive is right. From my teacher’s perspective, he had a lot of reason to be sure he had offended me–time and time again I made faces at him. But every single face he interpreted incorrectly because he made the wrong assumption about the first one. And the faces I was making after that first one weren’t even related to his response to my question, but related to a whole different issue (the one of the off-key singer).

This can happen larger scale as well. On first impression of a quiet person, I could assume this person just didn’t like me. After that, even completely unrelated things can be drawn upon to prove my point. She might not laugh at my joke. She might leave an event early to do homework. She might not ask me questions when I ask her questions. Even though I might not even second guess these if I had started with the perception that she likes me, but is just quiet, I could, because of my original assumption, use this as further evidence of dislike.

While this can go the other way as well (we might make consecutively positive judgments about a person or situation or reaction), I feel it is mainly the negative perception cycles where the most damage is done.

So please, when you find yourself making negative judgments about a person, situation, or occurrence, chill out a little and consider the fact that it is possible that your judgments are wrong. Even when the connections seem obviously clear, even then you could be making a mistake. Be ready and willing to assume the best of the other. In the case that your assumption is wrong, arguably it is better to assume the best than the worst.

Let me know what experiences you’ve had. Have you ever recognized a time when someone “took” you all wrong? Can you see what may have caused them to see the situation differently from how you meant it? Do you think there could be any situation you are currently in which you are perceiving with the wrong impressions? I enjoy hearing your responses 🙂

9 thoughts on “You’ll See What You Want to See”