“Ow!” I cried out as I felt a giant thorn stab through my jeans and into my thigh. And as I suddenly halted to remove that thorn, I lost my balance, flailed my arms, and felt another one cut straight through the knuckle of my middle finger–immediately drawing blood. “Help!” I half cried, half groaned. I knew it was pointless. There was no one around except for my two sisters and myself. And the three of us were quite stuck.  It was dark, muddy, and chilly; we were blindly lost in the Cuyahoga National Park…in the midst of a giant patch of prickers.

We had started out with just enough time to follow the trail back to our grandparents’ home, but due to the excessive mud along with a few other factors, we were certainly running behind schedule. Soon it was dark and we focused all our attention on following the windy, muddy path. My phone died just after we discovered we’d passed our turn-off a distance back.

So, in the dark, we blundered along, following paths only to find that, on occasion, we ran into a puddle that created an apparent dead-end, or else we ran across a new path, still with no idea where either headed to. After playing this dismal game for a while, we finally gave up and abandoned the path(s) in favor of pursuing a lone light shining somewhere off the path in the distance.

In heading straight for the light, we were led through a stream (which I fell into) and then into the massive patch of prickers. I’m sure if it had been daylight, we could’ve avoided the thorns. However, as it was, the best we could see were silhouettes of any objects that stood between us and the distant light. And pretty soon that consisted mainly of dreadful spires of thorns that stood as tall as we were.

I, used to all my twenty-first century luxuries, felt that there had to be a better way out–a

way to avoid this primitive pain. I mean, in 2018 who gets stuck in the dark without a flashlight in the midst of a miserable patch of pain. But the truth was, we were pretty darn stuck. And we had little other option than simply to slowly (so slowly!) and steadily working through it, knowing that there would be a time when we stepped out into a clearing and stood beneath the light–alongside a road.

Once we eventually got out, flagged down a car, borrowed a phone, got picked up, and were safely back at my grandparents, I saw a parallel between my struggles out in the dark woods and my struggles in job searching.

Previous to graduating, I had a path to follow. Yeah, it may have been muddy, and yeah there may have been decisions I had to make along the way–like which trail to follow. 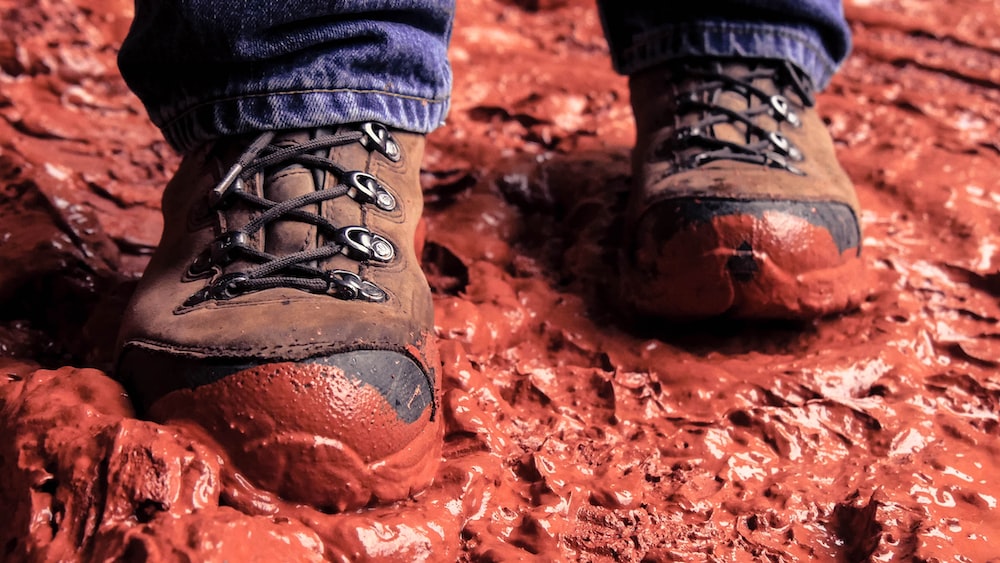 But I was always on a trail.

Now that I’ve completed school, I have no specific path to follow anymore. The goal of getting a job is exceedingly vague. In a sense, this is when the real adventure starts, but I also feel like I’ve run into some thistles.

Transitions arguably always come with prickers. I miss my schedule and my familiar footpath. I am scared of what the future holds and, right now, almost every day that I’m struggling slowly and painfully with job applications, I feel that there must be some other way of going about this. Many fears prick me: what if I can’t find a job? What if I forever hate the job I get? What if I’m not qualified enough for whatever position I eventually do find? I understand struggling with work once I have a job, but being so caught just trying to find a job?! Again, what a primitive pain. Maybe experience will shed some light on the job-searching process so that next time I can avoid these frustrations, but right now I’m definitely in the dark. And I don’t have a say over the lighting situation anymore than I could’ve made the night day in Cuyahoga Park.

Like when I was stuck in a thorn patch, I want now to sit down hard on the ground,

maybe shed a few tears, and give up. I am crazy nervous to put all my energy into looking for a job because, what if once I give it my all I’m still rejected? If I only try half-heartedly, then if I never get hired I can state, “Well, it’s only because I never tried that hard.” But heaven knows if I had sat down in despair amongst the thorns, I would’ve been sitting for a very, very long time (and I would’ve been sitting on thorns anyway). The only way to finally reach the light was to literally push through the thorns–although they ate my legs, hands, and clothing as we did so. But–even though it took an extremely frustratingly long time–we did make it out. And it was much smoother sailing from there.

I have to keep pressing through, even though it hurts and it’s slow going. Sometimes life brings us pricker patches. In these times, we have to find our strength in God, stay persistent, and simply push through. Or else we’ll be sitting in the dark, in the thorns, pitying ourselves but getting nowhere. Life is full of struggles, so you’ll run into mud in the future too. However, some parts of the journey are worse than others, so don’t let an especially hard time steal your hope.

Now that it’s all over, I certainly don’t regret getting lost. It was an adventure. And

sometimes the times that are the most painful in the present create the best stories later in life–or, at the very least, prepare you for what’s next.

What is your thorn patch? Do you have any interesting getting lost stories? Please share your thoughts because I love hearing from my readers 😀

9 thoughts on “Pushing through the Thorns: Literally and Figuratively”