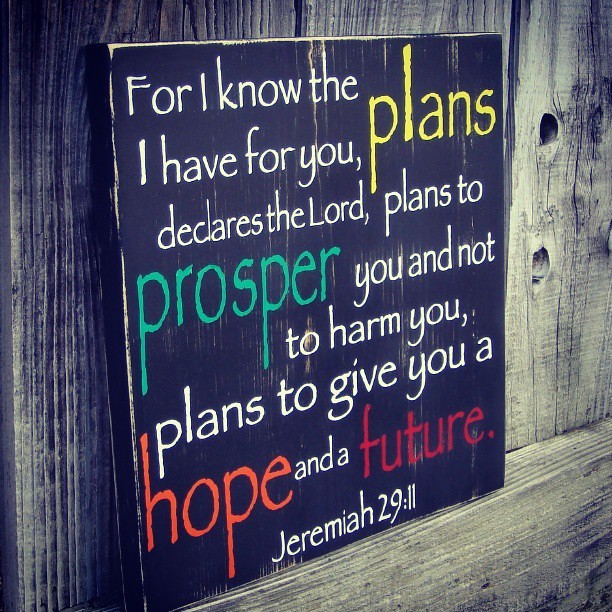 How would you respond if I told you that the oft-quoted Jeremiah 29:11 doesn’t apply to you? That the promises of prosperity (not of harm) and the plans of hope and a future aren’t promises meant for your comfort? That they’re not actually meant for you at all?

Andy Stanely, in his thought-provoking book Irresistible, declares, “Walk into any Christian bookstore around graduation time and you’ll see a plethora of graduation cards and gifts printed with Jeremiah 29:11…(For I know the plans I have for you, plans to prosper you and not to harm you, plans to give you hope and a future). How encouraging. God-fearing graduates can step confidently into the next chapter of their lives assured of prosperity, divine protection, and, hopefully, a job.

“Certainly not you, that’s who.”

He goes on to quote the Jeremiah 29:10 which says, “This is what the LORD says: ‘When seventy years are completed for Babylon, I will come to you and fulfill my good promise to you and bring you back to this place. For I know the plans…” 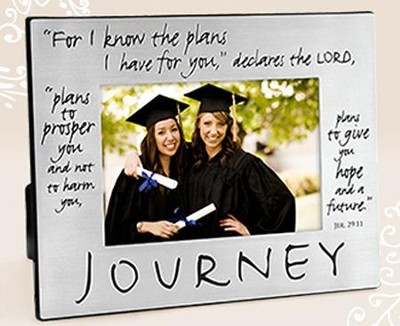 So Andy continues, “If this is indeed applicable to graduates, they will have to wait seventy years for God to prosper and protect them. But, if they can hang on until age 88, the best is yet to come!

“Fortunately, these verses don’t apply to graduates. Graduates are under a different covenant. A better covenant. A covenant that doesn’t require animal sacrifice to stay current.”

I grew up in a Christian home. I grew up going to Sunday school, having theological discussions, and reading my Bible daily. And yet, I never recognized how distinctly–and significantly–removed Christians today are from the old covenant (the law). I had a fuzzy recognition, but not much clarity on the significance of this distinction. However, understanding our separation from the old covenant is critical for a handful of reasons.

Firstly, not making the distinction between the old covenant (which is obsolete to Christians today) leads us to quote, believe, and expect promises that are not ours (i.e. Jeremiah 29:11). The promise in the old covenant was a cause-and-effect relationship between God and Israel. They were obligated to obey God’s law and, if they did so, they were blessed. The thing is, that promise has been replaced in the era of the New Testament. 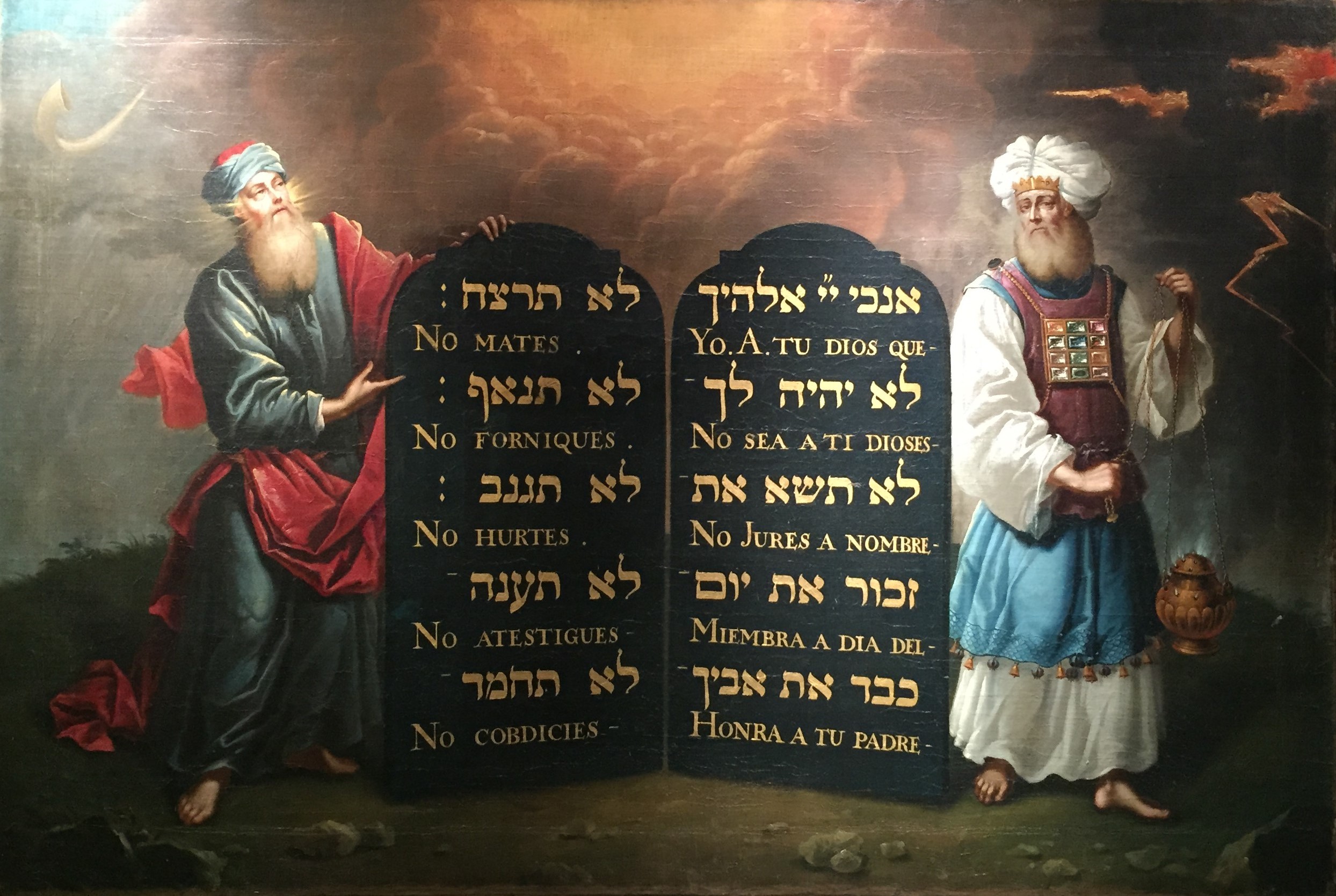 If you go about misquoting the Old Testament, believing obedience leads to blessings, you’re likely to hard-core doubt your God when things seem to get flipped on their heads. But that won’t be because God isn’t faithful. It will be because you’re citing the wrong promise.

Secondly, attempting to live with the old covenant perspective that obeying the rules is what gives you the “in” with God creates a judgmental attitude toward people who don’t appear to be abiding by God’s laws (in a most hypocritical way). If you’re like me and you grew up in a Christian home, haven’t had premarital sex, never got a tattoo, don’t use cuss words, and–for the most part–respect and obey your parents, you’re quite likely to also be the type who is the quickest to jump at the opportunity to judge others.

After all, if obeying the rules is what makes us closest with God, looking down on others will make us feel that much more righteous. The temptation is to believe that the more I can point out other people’s sins, in comparison, the more favored I will be by God. This is not a God-honoring attitude, I can tell you that.

Thirdly, believing that we must obey God’s rules in order to be “cleared” in his sight constantly leaves us wondering if we’ve done enough, if we’re going to make it to eternal life. The Israelites under the Old Covenant were given the books of the Law and had to obey out of compulsion. Every time they sinned, they were required to make some sort of sacrifice to cleanse themselves. This approach put the emphasis on how fallen

and sinful humans are. And that was the point. Honestly, they could never be made righteous through this system. It was impossible. Period.

And yet they were under compulsion to try–since God had ordered them to do so. And to the degree they fully tried, they were blessed accordingly under God’s cause-and-effect promise.

He continues, “Hopefully, you won’t run out and commit adultery. Jesus wouldn’t like that. Remember, you belong to him now.”

Just because we’re not under compulsion to follow God’s law doesn’t mean we can’t take hints from it so that we know how best to love God. But we don’t do it to cover for our sins. We do it out of love. And we love because he first loved us. When he died for our sins, he freed us from the law. If we’ve accepted his gift of salvation–the grace he offers us–we don’t have to wonder if we’ve done enough to please him. We can live with absolute confidence that, even when we mess up and sin, we are still saved. Still 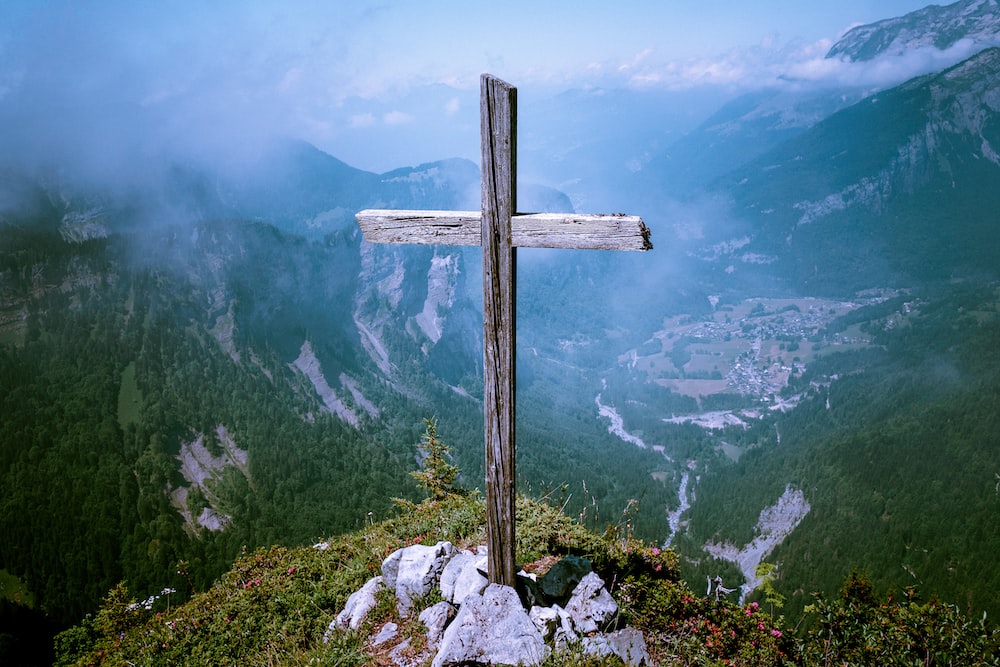 And that’s the way I want to be. Clearly, I didn’t believe that I had to offer animal sacrifices in order to please God. But sometimes I have subscribed to the old covenant law in more subtle ways that still have devastating effects. Not seeing this clear distinction has led to confusion about what promises apply to me–and what to expect from God. It’s led me to be judgmental toward others. And it’s prompted the impression that I need to work harder to please God more.

But Christians today aren’t under the law. At all. And the implications of that might go farther than you recognize.

Please share your thoughts and perspectives. I want to know what you’re thinking.

9 thoughts on “Freedom from the 10 Commandments; distinguishing between the Old and New Covenants.”